This week we have a guest post from Russell Dawson, a landscape photographer turned street photographer. His journey with the Fuji X-Pro 1 makes for interesting reading. The fixed lens X100 is a well respected street camera so I was excited to hear how Russell found the more adaptable Xpro. 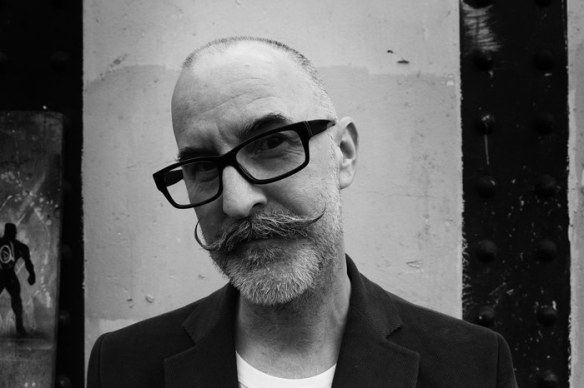 I bought the Xpro after reading many blogs and reviews. I come from a mainly landscape background and most of my recent shots are on a Nikon D200. I have always been a lone shooter preferring my own company and the great outdoors. Street photography was never a style I thought I would be involved with.

The series ‘Nothing Lasts Forever‘, along the Jurassic Coast, is a regular project that has created a book of B&W images which I self published three years ago and the new colour work for an exhibition in August here on the South Coast. I have also had a couple of commissions from magazines and done some commercial work. I also taught photography at the local college and for the local Adult Ed.

Finding my way into street photography

I had made several images of people while on location. But it wasn’t something I took too seriously. After having spent the last few years out in the landscape I decided to try a completely different style as a break. I headed into London for a day trip and enjoyed the day much more than I expected to. I came home with some really interesting images and I couldn’t wait to shoot the street again.

I realised that an SLR of professional size wasn’t the right camera to stick in people’s faces and began devouring all the blogs and opinions on many different cameras. It was at this time that the X100 was out and I was close to buying one. But the talk of an interchangeable lens outfit appealed to me as I thought I would be able to use it for some of my landscape work also.

Getting used to the Xpro

It’s taken a little getting used to but I find the Xpro feels like more than a mere tool. I’m a bit of a traditionalist, so the Xpro appealed to me with it’s fantastic looks and its manual feel. When the comparisons with Leica were so positive with a price at a quarter of the M9 and that coupled with some inheritance money left to me by my mum I could resist no more!

I need to do a lot more work with the Xpro as I still feel it can sometimes control me rather than the other way. I have the 35mm but also bought the 18-55mm for its versatility. The B&W images here were all shot with the 18-55mm.

Setting up the Xpro for street photography

I shoot mainly on Aperture Priority mode.  I’m usually at ISO 800 for street to give the shots more depth. 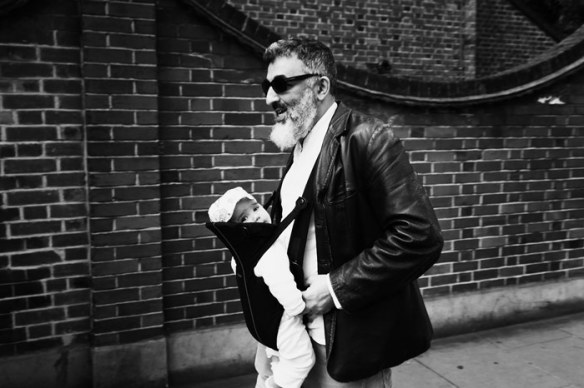 Use auto focus because the zone focusing has some issues. I have found that the Xpro can focus far in the distance even when the subject is slap bang in the middle of the frame.

The Xpro allows you to get close to the subject. (Photo by Russell Dawson)

The Optical Finder frame is not exactly what appears in the image, which can be irritating. The Electronic Finder is much more accurate. 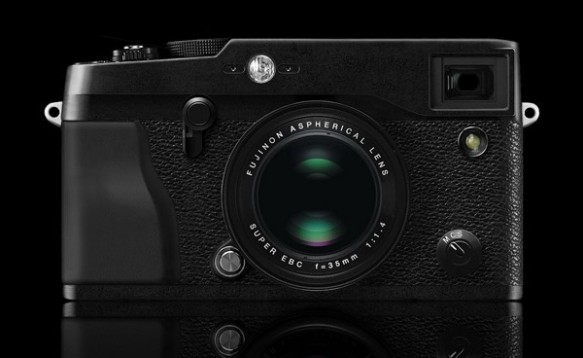 The XPro is an ideal camera for street photography.

I shoot RAW and Fine Jpegs. The Jpegs are just outstanding. I have yet to process the RAW files as my version of Lightroom doesn’t support the Fuji RAW files. I try not to do too much post processing. Only what I would have done in a darkroom!

Shooting street has been quite a revelation and has bitten me quite hard. I just love the immediacy and the process of not having time to think too much. Especially with this latest outing, I enjoyed the interaction with people on the street far more than I expected.

I did have the ‘first night nerves’ experienced by all who go out shooting in public. It took a while for me to gain more confidence. But the latest images were taken without any pressure on myself and I again loved the whole excitement and process.

I feel like I have fallen in love with photography again. A few subjects refused or asked me to delete their image but I came home with so many great images that it was worth it.

I love the candids, but also love the shots that I actually asked for and those who realised I was capturing them and played to the camera. I even met Bruce Gilden in Brick Lane!!! I love reading ‘street’ blogs. Eric Kim has been an unending source of info amongst many. One day, I would love to become a member of In-Public. But I still have a long way to go. I did start the day thinking about using ‘themes’ to get me going. I started with the themes of Consumption, Hats and Dogs. But it wasn’t long before I just melted into the surroundings and was entranced by everything that presented itself.

Black and white on the Xpro

As to the switch from colour to B&W? I think it has something to do with nostalgia, possibly. I do like street images in colour and I appreciate it is the contemporary way. But there is something mystical about B&W. I believe that without colour you see right into the soul of the subject. Are you looking at the colour of the clothes or the surrounding or the technical aspect of images or are you looking at people? I see the people not the colour. But I do love the colour work of Nick Turpin and Matt Stuart. Especially those born out of humour.

The creative process in street photography

I am very much involved with the creative process rather than the technical details. My blog deals with just that ‘being creative’. When I taught photography I tried to teach students how to see and that everywhere there are beautiful images to capture. When I say “beautiful”, I groan at landscape images with purple filtered skies and misty waters! If I see one more long exposure image of Durdle Door at sunset (with the sea all misty) I’ll shoot someone.

The Xpro has interchangeable lenses so you can choose the perfect lens (but the choice of lenses is a bit limited).

I still believe in the bigger concepts and philosophies such as having a ‘theme’ to explain a set of images. But if the images don’t stand on their own (without explanation), then I feel they are lacking. I want the viewer to answer the questions in an image for themselves. If the viewer can use their creative imagination looking at an image, then I feel it has succeeded. After all, we photographers hang up images for other people to look at, so it’s all about the experience of the viewer.

2 thoughts on “Russell Dawson with the Fuji Xpro”