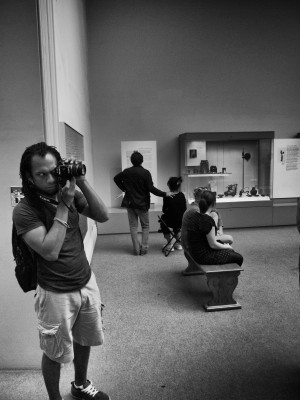 As much as you love your DSLR, it makes you look like a tourist, or even worse a hipster.

There is a long history of anthropologists, archaeologists and bad-ass photojournalists carrying cameras that were small enough to keep a low profile but big enough to get the job done. The micro four thirds standard is a successor to that legacy.

Micro four thirds is a collaboration between Olympus and Panasonic to provide for compatibility of cameras, lenses and accessories. Olympus provide the standard with photographic history, integrity and credibility. Panasonic provide the system with cutting edge video tech, great pancake lenses and a sense of possibility for the future. 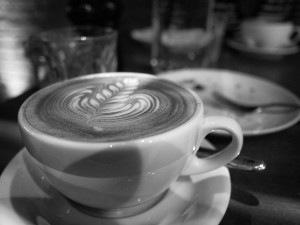 Cameras that meet the standard include mini-slr types like the GH1 from Panasonic and range-finder style bricks like the Lumix GF1 and the new Olympus EP3.

The standard also now has a wide range of lenses from various manufacturers. You can get fish-eye lenses, mount old OM Olympus legacy lenses from the 1970s or specialist video lenses.

The Leica M series and the Sony NEX prove that you can put big sensors in small cameras. But both of these have their drawbacks, price in one case and lens choice in the other. This leaves micro43 as the natural standard.

“I’m a serious enough photographer that I’m not just taking this photo for my own weird purposes to look at home. I’m also not so serious that I’m going to put this in a magazine and embarrass you.”

The retro micro four thirds cameras pretty much say, “I’m a blogger who understands the importance of good photos, but isn’t pretentious.” 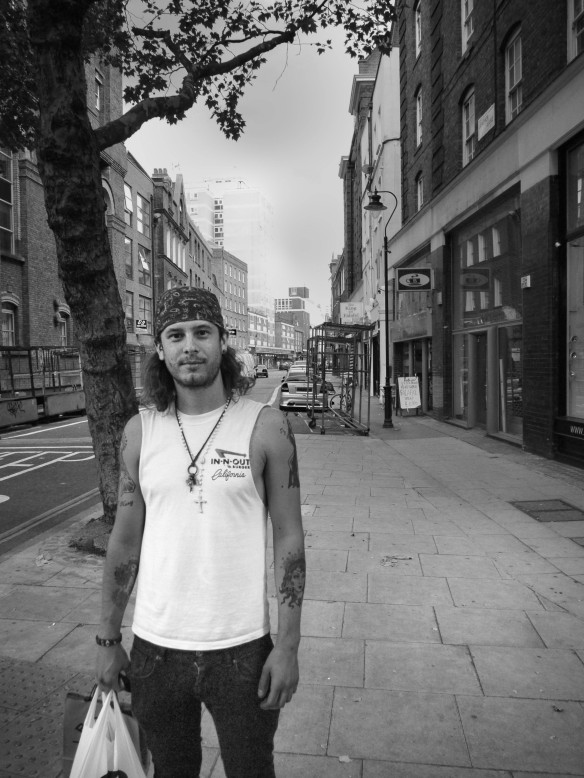 The friends I have with micro four thirds cameras all got them when they got frustrated that a point-and-shoot just wasn’t quite enough, and a DSLR was too much. For street portraits and street photography there is nothing quite like it.

You can find the full range of camera bodies at http://www.four-thirds.org/en/microft/body.html

What really makes the system so dynamic is the range of lenses. You can see the official micro-four-thirds lenses at http://www.four-thirds.org/en/microft/lense.html These are just the tip of the iceberg.